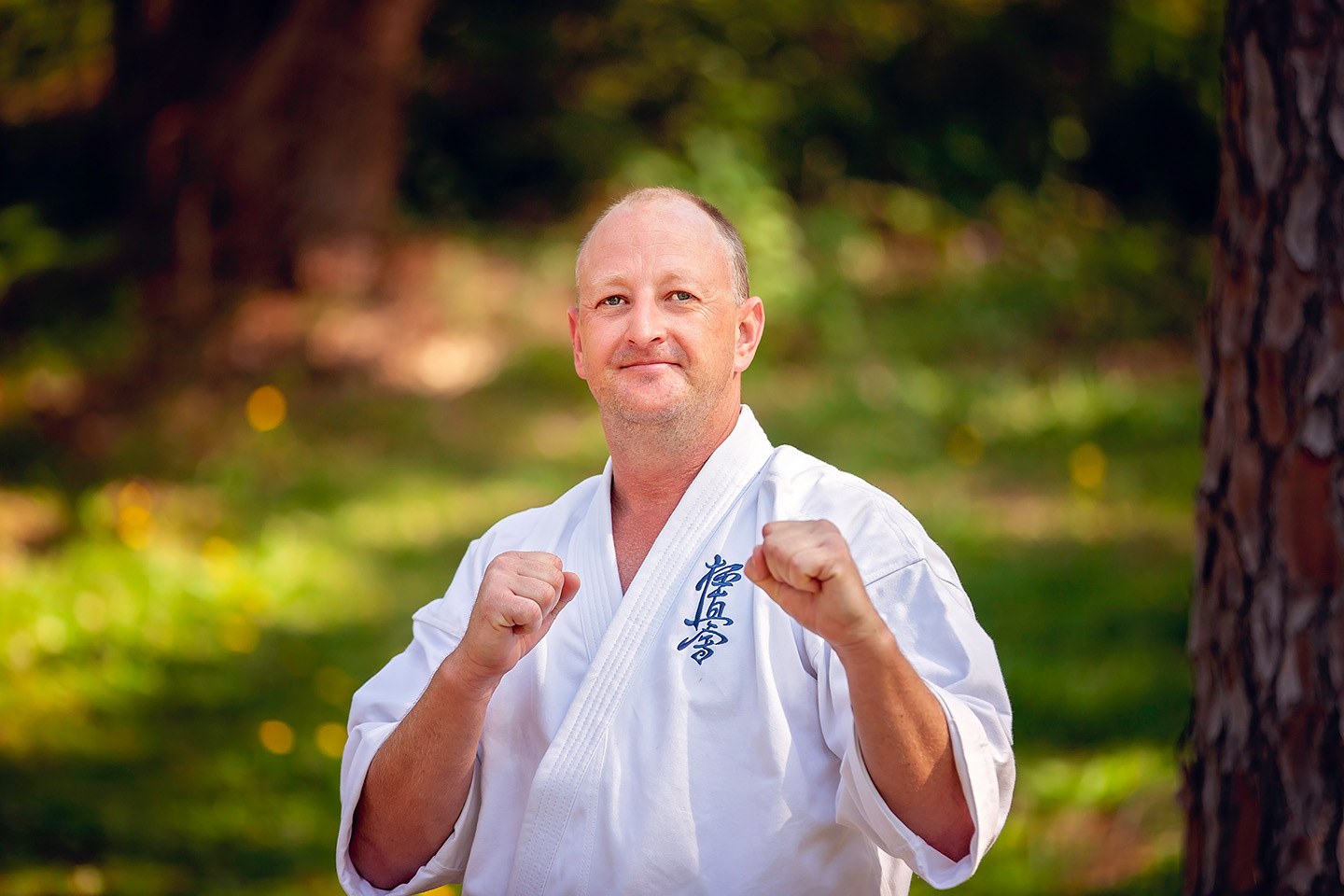 Tim began his martial arts journey in 1983, training with his family in Judo. In 1989, Kyokushin Karate arrived in his small hometown of Marburg QLD. This was to be the beginning of Tim’s training under many Karate mentors. His growing passion for Kyokushin Karate has never abated. Also training in the traditional Japanese art of Aikido whilst also partaking in Boxing & Kickboxing.

Competing in tournaments from the age of 14 to 34, Tim gained much life experience in this arena. His true passion was revealed from the very first time he became a Kyokushin karate instructor. Earning the privilege of teaching students and passing on the knowledge and skills that had been forged over time by embarking on the martial journey. Tim was successful at passing his Nidan grading in 2017 in Okinawa.

“Life will test us but NEVER GIVE UP”
Osu!