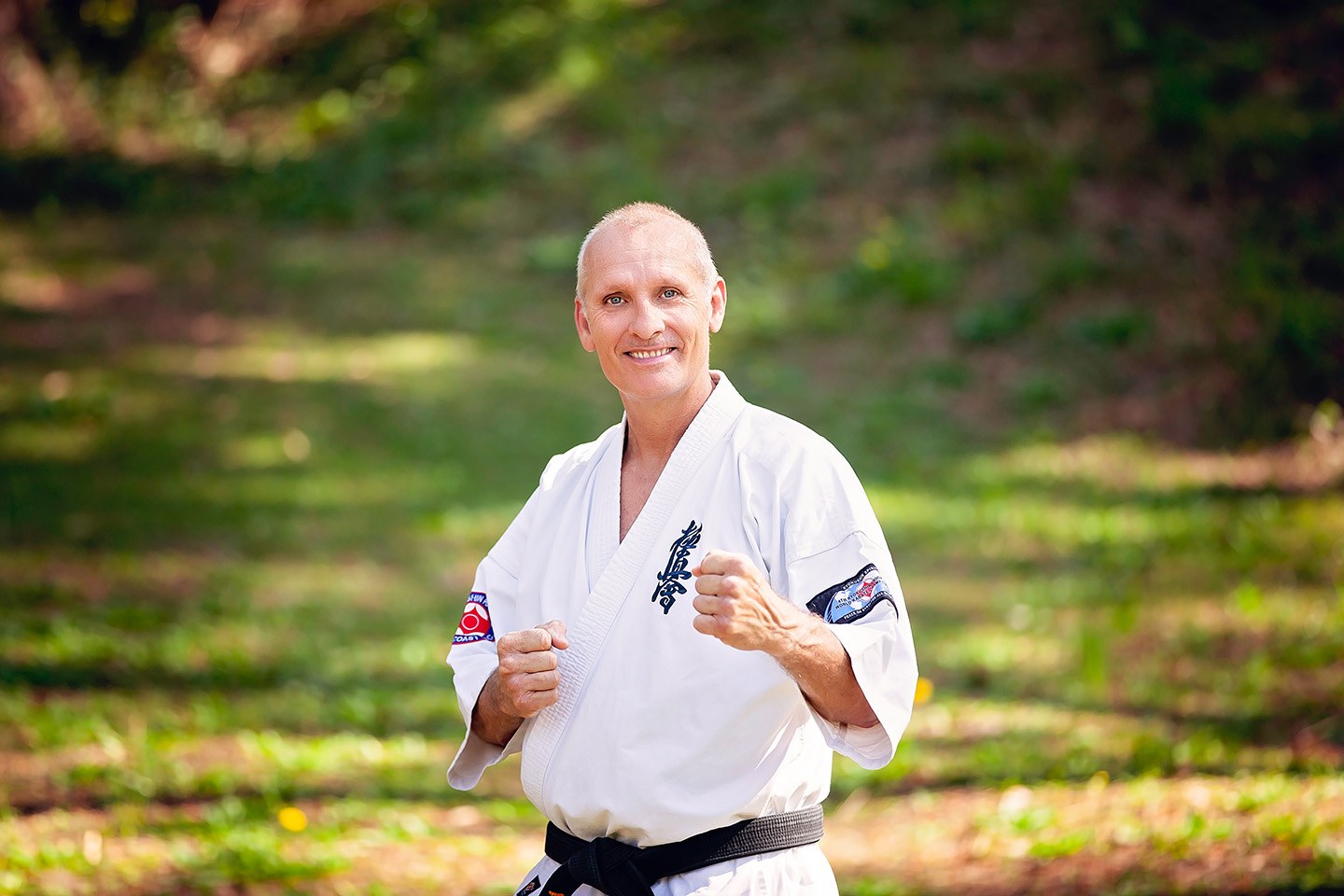 Phil started training in 1982 in London, emigrating in 1987. After settling on the Gold Coast, he recommenced training at the Nerang Dojo.

He was highly competitive in numerous State, National and International tournaments over the years. The pinnacle having been selected to fight in the Australian team at the 2000 World Titles in Japan.

Opening the Dojo in 2008 gave him renewed challenges, focussing the furtherment of the students.

Our Dojo motto is “we rise by lifting others”.

He is an International Judge and Referee and frequently visits Japan for competitions and seminars.